From stately homes to classic red pillar boxes, our historical heritage is all around. And for many property owners, that heritage is present even closer to home – within it, in fact. Period properties (which we’ll define as anything built before the First World War) are a living connection with the past, with distinctive features that can tell us a lot about how previous generations lived.

Often boasting beautiful original features such as elaborate fireplaces, bay windows, stained glass and ceiling mouldings, period properties have a character and charisma that makes them highly sought-after dwellings. But older homes can also come with problems of their own, which makes them tricky to maintain. Damp, draughts and dangerous wiring are all potential issues for historic homes. In addition, period properties may no longer be suited to modern living – the rooms may be small and poky, or facilities like bathrooms and kitchens might be basic.

Renovating and restoring your period home is an opportunity to incorporate the best innovations in comfort, technology and sustainability of our modern era into a historic house, while letting its unique period features take centre stage. Let’s take a trip back in time through the different architectural eras, and investigate the practicalities of renovating a period home. 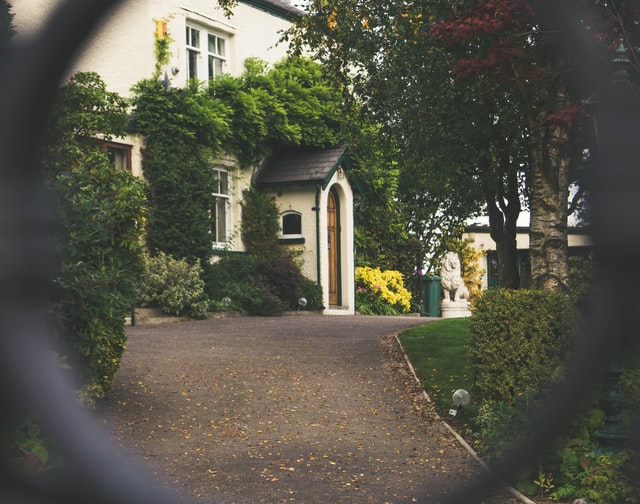 At the turn of the twentieth century, new suburbs were being created to accommodate an ever-growing population of city dwellers. As a result, many Edwardian properties are found on the outskirts of towns, typically in straight-line streets of terraced, semi-detached and detached houses. Built on unused land with more space available per plot, Edwardian homes are often roomier than their Victorian counterparts, and they’re more likely to be set further back from the road, with front gardens or driveways.

The Edwardian period was short, but it included a wide variety of different styles, from Arts and Crafts-inspired embellishments to mock-Tudor frontages. Some of the most attractive features of Edwardian houses include large bay windows and high ceilings, which give these homes an airy feel with lots of natural light. Steep pitched roofs make Edwardian properties ideal for spacious loft conversions, and there are often some lovely exterior touches such as tiled paths, carved porches and balconies.

When it comes to renovating your Edwardian home, the first step is to fix any damage that has accrued over the years. Here are some issues to look out for, which can commonly affect buildings from this period:

Then there are renovations that can accentuate the unique Edwardian character of your home. Over the years, original features may have been covered over or removed. If you can reinstate these features, you can showcase the heritage of your home in all its glory: 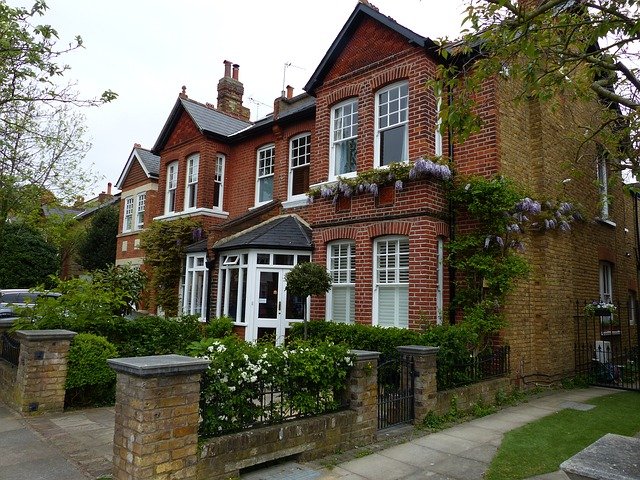 Spanning a period of dramatic industrialisation, Queen Victoria’s reign saw a property explosion, with thousands of houses built in every city to accommodate the fast-growing urban population. Terraced houses in prime locations made new homes for the workers, while luxurious Victorian townhouses, detached homes and mansions were the preserve of the wealthy.

Notable features of Victorian properties include high, airy ceilings, ornate fireplaces in most rooms, bay windows (both on the ground floor and in the bedrooms) and intricate interior embellishments such as elaborate cornicing and decorative ceiling roses. Some Victorian properties today still retain gorgeous period features such as stained glass within the doorframe.

In terms of renovating a Victorian property, the chances are that many alterations have already been made over the years. Fireplaces may have been covered or removed; extensions added to the rear; new, modern bathrooms installed. Today, there’s a greater appreciation of the original period features that make Victorian properties such beautiful homes, but during the twentieth century, such features weren’t seen as valuable and it was a time when many period details were ripped out by homeowners anxious to modernise. Restoring your Victorian home, you will want to bring all of those distinctive characteristics to the fore, while bringing the property up-to-date for your comfort and convenience.

When fixing up a Victorian property, problematic issues may include:

Great ways to enhance your Victorian home might involve: 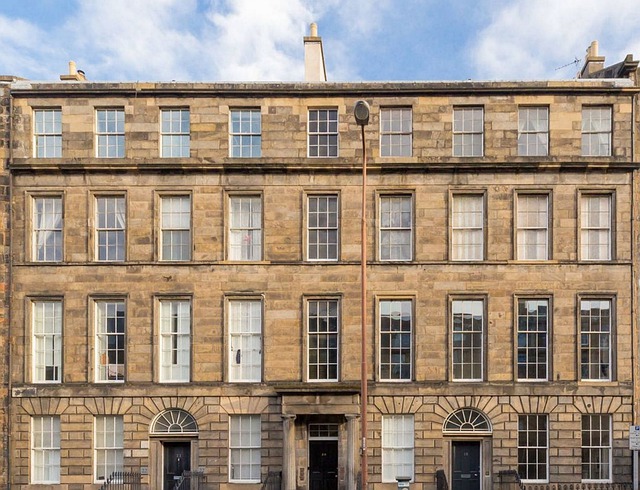 Inspired by classical and Renaissance architecture, Georgian homes were elegant and symmetrical, with great attention paid to placing features in the correct proportion to each other, according to precise mathematical ratios. Master architects Christopher Wren (who designed St Paul’s Cathedral) and John Nash (Buckingham Palace) were hugely influential during this time, and cities such as Bath and Edinburgh came to symbolise the grandeur of the Georgian style.

Townhouses built for wealthy families were typically three or four storeys high, with the servants’ quarters at the top of the house, and the kitchen in the basement. Thanks to these generous proportions and their effortlessly classic appearance, Georgian homes are highly desirable today.

If you are the owner of a Georgian property, there is plenty of potential to renovate in a way that combines classical character with modern convenience.

Here are some things to consider:

The Stuart period was a time of great change. In the mid-17th century, the architectural styles of France, Italy and the Netherlands became influential in Britain. Meanwhile the devastation caused by the Great Fire of London led the government to decree that houses must now be built from brick (less flammable in the event of a blaze). At the same time, social change was reflected in the home: this was the first time that servants’ quarters were separated from a family living space, with parlours on the ground floor for entertaining, and servant rooms in the attic.

Today’s surviving 17th century homes include country cottages and farmhouses, where fascinating original features might include old fireplaces and brick-build bread ovens. If you are renovating a property of this age, it’s advisable to seek input from a period property specialist, who can let you know what to look out for and advise on building techniques and materials that are sympathetic to the era. 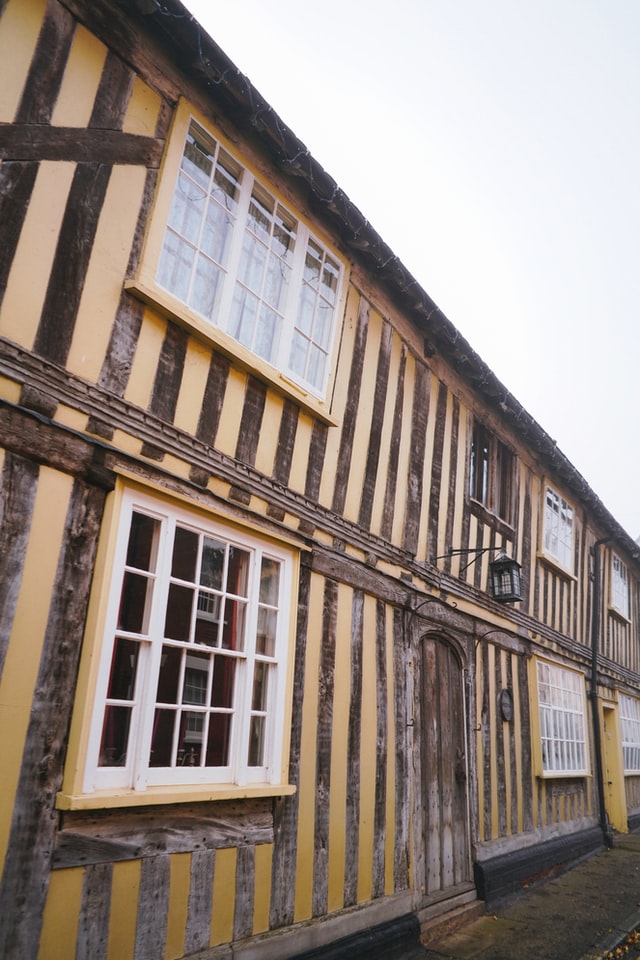 Tudor buildings are instantly identifiable, with their iconic black and white timber exteriors. This characteristic look was achieved with black exposed timber frames on the outside of the building, contrasting with the white painted “wattle and daub” of the walls – a historic and highly durable building material made from wood, clay and other natural materials. It’s not uncommon for these original walls to endure through many centuries, and some examples are over 700 years old.

Tudor homes are also notable for their small panes of glass (a new technology at the time) in narrow casement windows, often arranged in a diamond lattice pattern held together by strips of lead. The Tudor style is an iconic look that has been replicated since the 19th century in “mock Tudor” buildings – many of which are now period properties in their own right.

Due to its sheer age, maintaining a Tudor building is no mean feat. The property will be listed, which will restrict what you can do, especially to the outside of the building. But if you are looking to preserve the historic character of your home, you should find that the renovations you are planning are acceptable. One area for consideration is likely to be the roof, which would originally have been thatched. You face the choice between restoring the thatch – an attractive and energy-efficient feature that requires regular specialist maintenance, or opting for an alternative material, such as clay tiles.

Updating a period home is a challenge in more ways than one. The juggling act of maintaining the historic integrity of the property and bringing it into the 21st century can be tricky to balance, and thanks to issues that come with age, there are likely to be complications to smooth out before you can make your dream home a reality.

Here are some top tips:

At Abbey Partnership, we never stop getting excited about upgrading our client’s homes. Our designers are full of ideas to help you realise your dreams. So, if you’re planning a restoration on your period property, why not contact us to arrange a free site survey today?

Share this post:
Related articles
How to Modernise a House: 7 Ideas to Truly Transform your Living Space
Is your house looking a little outdated? Could it be time to try something new? Sometimes a pop of colour may be...
A How To Guide To Knocking Down Internal Walls
Knocking through internal walls is a popular way to create a spacious, open-plan living area. But it’s important to do it...
How to Find a Builder and What to Ask
Whether you’re knocking through a wall, building a house extension or planning a loft conversion, having building work done in...
2021 Kitchen Design Trends
Spent too much time at home recently? Redesigning your kitchen could provide the fresh start you need. Kitchen design in...
Home Office Extension Ideas to Meet Your Home Working Requirements
Need a dedicated space to work from home? Make the best use of space, work more efficiently and enhance your...
Interior Design Trends for Your 2021 Home Extension
Following an unprecedented year of staying at home, it’s no surprise that 2020 was the year thousands of us embarked...